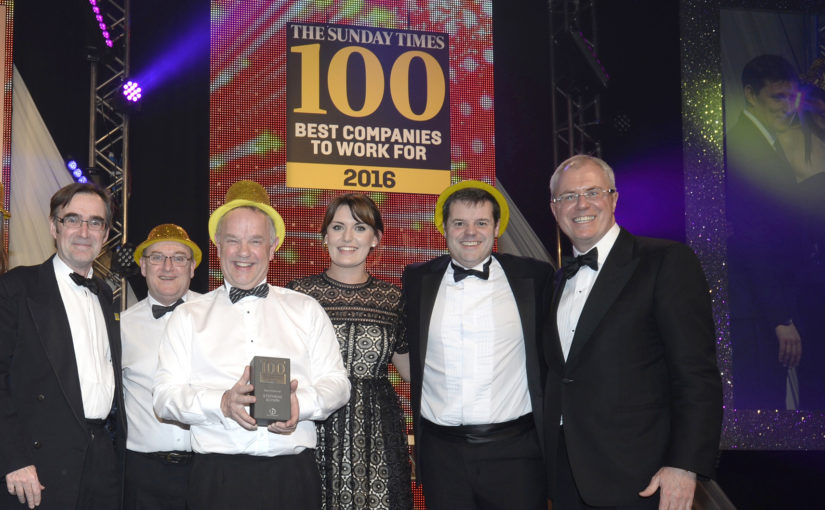 One of Devon and Cornwall’s leading law firms has recorded exceptional financial growth in a year also lit up by a Sunday Times award, as it reveals its year-end figures.

The firm has continued to expand its client base in Devon and Cornwall and pursued a strategy of organic growth.  Revenue growth has been mirrored by people growth, with staff numbers rising by 7% during the year to stand over 290 including 50 partners.

Stephens Scown has increased its levels of business across the firm, but one of the standout areas has been its corporate and commercial team which has grown by 25% to become one of the largest in the region.  Nearly half of the firm’s work is deals related, with the corporate team working on over 100 deals during the year.

Other areas of the firm experiencing particularly high staff growth fuelled by market demand were the inheritance and trusts disputes team, driven by a rise in Will disputes due to second families/remarriages.

In line with this expansion, the firm has invested significantly in training and people development, with an increase of 31% in its training budget.

The rewards of Stephens Scown’s client service and people focused strategy have been reaped externally.  In February 2016, the firm ranked as the highest professional services firm nationally in the mid-sized category of the prestigious Sunday Times Best Companies to Work For awards (ranking 12th, up from 39th in 2015).  Based solely on feedback from staff, the survey is widely recognised as the best barometer of staff engagement.

The firm was also named the number one corporate law firm in the South West for SMEs and owner managed businesses by legal guide Chambers and Partners.

Stephens Scown also took the headlines when it announced a new ‘John Lewis’ style shared ownership scheme, giving everyone in the firm the opportunity to effectively own a portion of the firm and share equally in the bonus scheme regardless of grade.

Commenting on the results, Robert Camp, managing partner of Stephens Scown, said: “This has been a fantastic year for Stephens Scown – perhaps our best yet.  We’ve continued to grow our levels of work and income at impressive rates, and invested in our people too.

“There’s no success without satisfied clients, and that’s why we’ve worked extremely hard to ensure that our service levels are second to none and that we really understand and meet our clients’ needs.

“We’re passionate about the local economy in Devon and Cornwall – it’s what we’re all about.  So I’m especially proud of some of the work we’ve done here, such as our high profile campaign to Support South West Dairy Farmers, where we encouraged people to buy local and saw thousands signing up to pledge their support.”

The firm has also focused extensive efforts on supporting local communities and causes, with staff involved in 59 charities or community projects last year.

Robert Camp said: “We want to give something back to the community.  It’s always inspiring to me to see the energy and commitment with which our people get involved in great local causes.  It’s all part of being a local firm that’s proud of its roots.  I’m excited about our ‘John Lewis’ scheme too – this should drive staff engagement up even further which means we’ll be able to put even more energy into supporting community initiatives.”