In the recent case Francis and another v Phillips and others [2014] EWCA Civ 1395 the Court of Appeal has reversed a widely criticised 2012 High Court decision.

The dispute originated when Mr & Mrs Phillips purchased the freehold of a holiday park in Cornwall and carried out various improvement works. Mr & Mrs Phillips subsequently sought to recover the cost of the improvement works from the tenants of the park through service charge payable under their respective leases. When faced with a significant increase in the service charge the tenants questioned their liability to pay anything over £250 under section 20 of the Landlord and Tenant Act 1985 (the “Act”).

S.20 of the Act states that where a landlord proposes to carry out major works of repair, maintenance or improvement (qualifying works) which would cost an individual service charge payer more than £250, he must, before proceeding, formally consult all those expected to contribute to the cost.

At first instance the judge applied the common sense approach set down in Martin v Maryland Estates [1999] 2 EGLR 53 which provided that qualifying works should be grouped into different sets and tenants should only be consulted where qualifying works in one set exceeded the £250 threshold.

The tenants appealed the judges decision claiming that the judge had wrongly applied s.20 of the Act and that its true interpretation was that the £250 threshold should represent the aggregate amount of all qualifying works in any calendar year.

The Chancellor of the High Court agreed with the tenants argument and held that the true reading of s.20 was that all works should be aggregated together in any given calendar year without dividing the works into different sets.

This interpretation meant that Landlords would have to ensure that when in any given year the aggregate £250 per tenant threshold had been exceeded they must consult the tenants before carrying out any qualifying works otherwise they risked non recovery of their costs expended over £250 per tenant.

Whilst this approach may appear sensible it overlooked a common situation whereby one large item of qualifying work had already been carried out (i.e. redecorating the exterior of a large block of flats) swallowing the vast majority of the £250 limit, if further common place emergency or minor works became necessary i.e. repairing or replacing a lift, fixing the roof or employing a porter etc then the Landlord would have to consult the tenants before carrying out any of the above or else risk not being able to recover this expenditure. The consultation process is a time consuming, lengthy and expensive process and given that such expenses are often recoverable from the tenants as part of the service charge it seems doubtful that this was what parliament could have intended.

The Court of Appeal has now held that:

• The High Court was wrong in its interpretation of s.20 of the Act, the sets approach approved in Martin v Maryland Estates was eminently more sensible.

• The £250 per tenant limit was intended to provide a “triviality threshold”.

• The administration of the consultation process was a significant burden on Landlords and it could not have been intended by Parliament that Landlords should have to consult before carrying out necessary emergency works simply to negate the risk of non recovery of their expenditure.

• Tenants were already protected by s.19 of the Act which provides that the cost of qualifying works must be reasonable and reasonably incurred.

Landlords can now breathe a sigh of relief. The obligation to consult tenants under s.20 of the Act is only necessary where works proposed in any one set are likely to exceed the £250 per tenant triviality threshold.

As regards to what works fall into a single set of works the Court of Appeal helpfully provided the following non exhaustive guidance on the likely relevant factors:

• Where the items of work were to be carried out. Were they physically separated from each other or were they contiguous?

• Were the works the subject of one contract?

• Were the works to be done at more or less the same time or at different times?

• Were the items of work different in character to each other? Were they unconnected?

Thankfully common sense has now prevailed and a significant burden has been lifted from the shoulders of Landlords who can now carry out emergency works expediently and free from the fear of not being able to recover their costs.

If you are involved in a dispute and would like advice on this or a related topic, please contact Edward Fowler either call 01392 210700 or email drx@stephens-scown.co.uk. Edward specialises in property and land related disputes acting for both individuals and companies. 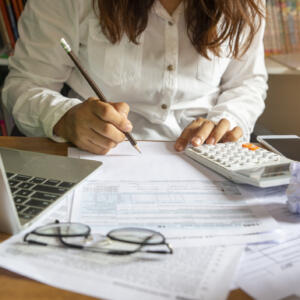