Making Thatchers cider on Myrtle Farm in Sandford, North Somerset since 1904, four generations of the Thatcher family have been dedicated to honing the craft of cider making, with the fifth generation ready in the wings to keep the tradition alive.

Keeping it in the family

Founded in 1904 by William Thatcher, Thatchers has nurtured its reputation for being the best around, and this is as true today as it was over 118 years ago.

Stan Thatcher followed in his father’s footsteps, but took the art of blending draught farmhouse cider to new depths of flavour. Stan was a true cider pioneer, bringing new technologies and cider making techniques, and understanding the relationship between soil, climate and apple varieties. When Stan took over the business in 1940, he and his wife Mollie began to build the business together.

In 1970, John Thatcher took over the business, expanding the orchards and the number of presses. Officially now retired, his love for making cider is undiminished and he’s always on-hand for a bit of ‘quality control’.

At just five years of age, Martin Thatcher planted his first tree, going on to take over from his father in 1992 and is still in charge today: “After planting my first apple tree on the farm when I was just five years old, I was hooked. I soaked up all the expertise from my Father and Grandfather, then carefully added new innovations and technology into this craft process. Now more people around the world can enjoy Thatchers’ authentic Somerset ciders.”

“It’s a privilege to be leading a fourth generation cider business here at Myrtle Farm in Somerset. Making cider is all about the apples and for us that starts in our amazing Somerset orchards in and around Myrtle Farm.

“The apples are harvested and brought into the mill and then fermented in our world-class fermentation system and once we have that fabulous cider, we put it into bottles, cans and kegs to deliver to our customers.

“Thatchers cider has changed over the last 35 years significantly from a farm-based cider maker who made half a million litres and employed six people, to the business it is today, exporting to over 20 countries around the world and producing over a 100 million litres of cider.

At the age of 16, Eleanor Thatcher followed the family tradition of passing her tractor driving test and it is in the stars that Eleanor and her brother Peter will take the helm at some point in the future, allowing Martin Thatcher to sit back and enjoy seeing the next generation of cider makers weave their magic further still. In the meantime, Martin’s vision encompasses everything on the farm, from the orchards to bottling and from production capability to sustainability.

Martin continues: “I’m looking forward to handing this business on to the next generation but also I’m very mindful that the value of the business is tied up largely in its brands and therefore it’s extremely important to protect those brands and Stephens Scown has been instrumental in helping us to do that.”

Thomas Chartres-Moore, a partner at Stephens Scown and head of the food and drink specialist team, explains: “We’ve been working with Thatchers over the last five years to help them navigate the increasingly complex marketplace of food and drink sales, both domestically and overseas. We’ve been particularly focusing work on their trade mark portfolio and how they make the most of their brands.”

What does the future hold for Thatchers?

Martin says: “So many things. We have lots happening on site, with an enormous project building our new warehouse. It is so exciting when the high-tech lorries pull up empty, and they fill up thanks to new technology without anyone having to touch anything they shouldn’t. In 2008, we were a fifth the size of our closest competitor.”

“We are now looking at expanding further with an additional 1,000 acres to enable the family to plan for the future, growing more apple trees and pear trees for more specialist ciders.”

Chris Milton, Sales Director, comments: “Our journey started when Martin came into the business. We have made massive steps to grow the business in a sustainable way since then. We have not arrived here by accident. Martin had vision of what he wanted to do and has done these things.”

How has Stephens Scown supported Thatchers in achieving their business goals?

Chris Milton, sales director at Thatchers says: “Part of my responsibilities covers trade marks and Intellectual Property (IP). As a result, two or three years ago we engaged Stephens Scown to do some work on our trade mark and IP portfolio. Protecting your trade marks and your assets is really important. You need to find a trusted supplier that you can work with to do that. From the experience we’ve had over the last two or three years, I would thoroughly recommend Stephens Scown. I know that both Becky and Tom have our best interests at heart whenever the question of trade marks comes up or indeed in issues and matters they might want to raise with me. I would recommend Stephens Scown to any business that’s really wanting to do a top first class job in protecting their assets and brands.

“Thatchers is a Somerset business and in the last 15 years has grown from trading 10 million litres of cider to over 100 million litres, not just in the UK but worldwide. Our brands in that time have had a lot of investment and have grown with the business in number. So, as someone with responsibility for export sales, being able to buy a pint of Thatchers Gold in Australia knowing that the brand is fully protected from a trade mark perspective thanks to the work we’ve done with Stephens Scown is enormously comforting.

Martin Thatcher has been impressed by Stephens Scown’s commitment to client service, saying: “Stephens Scown has played a massive role in bringing our trade mark strategy into order. They are attentive to our commercial needs and are constantly adding tremendous value to our export business.

“The team is really positive, very proactive and involved in everything we are doing. They’re really an extension of our business, showing the same passion and commitment for achieving excellence that we see in our own people.

Having established itself as a regional heavyweight law firm in the South West, Stephens Scown has a growing Somerset client base, with a number of Somerset-based legal advisers to support them.

For more information on Thatchers Cider, you can visit their website by clicking this link.

If you want to find out more about how to protect your brand in the UK or overseas, contact our  IP and IT team, one of the largest teams specialising in this area in the UK.  Please call 01392 210700 or email ip.it@stephens-scown.co.uk. 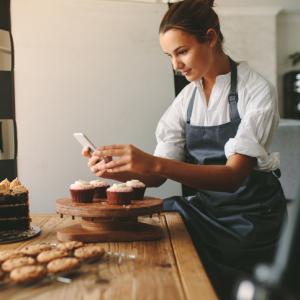 Social Media Law – tips for the food and drink industry 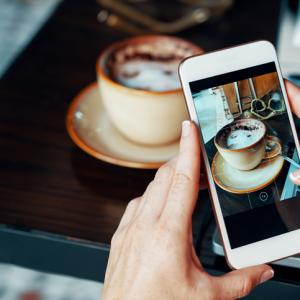