Jurisdiction on divorce – should it be England?

If you are considering a divorce and either you or your spouse has a tie to another country it would be worth stopping to consider where the divorce should take place.

The question is not always on the radar of clients who come to see us. If the breakdown of their relationship is imminent or relatively recent and raw, it is understandable if such considerations do not always feature on their list of priorities. Consider the following example however.

Monique and Paul began living together in 2001. Monique worked as an accountant and Paul was a systems analyst. In 2002 Paul had received an inheritance of £1.8M, which he put towards a management buyout. They married in 2004, by which time Paul’s 50% stake in the company was worth £2M. Over the years that followed the company’s turnover increased and in 2009 it was bought by a competitor for £11M. After costs and tax Paul was left with £4M. Monique gave up work with a view to starting a family in 2012. Besides Paul’s savings, the couple owned a house worth £500,000 mortgage free. In early 2014 the couple separated. Monique moved from the couple’s Edinburgh home to live with her parents in Devon.

Paul and Monique were able to start proceedings in either Scotland or England. The decision as to where the proceedings take place will have some quite significant consequences however.

If Monique files a divorce petition in England

The English Courts will take the date that Monique and Paul began living together as the date that the relationship commenced for divorce purposes. Paul’s inheritance was received after that date and so it will be treated as matrimonial property. Recognition will be given to the sacrifice Monique made in giving up work and regard will be had for both their respective needs going forward when assessing how to divide the assets they have.

If Paul files a divorce petition in Scotland

In Scotland the date of the marriage is regarded as the commencement of the relationship for divorce purposes. Paul’s inheritance was received before that date so it will be regarded as non-matrimonial property. The increase in its value is likely to be treated as non-matrimonial as well. No regard will be had to needs – there is likely instead to be an equal sharing of the assets the parties have accumulated whilst they were together, i.e. the house and the joint savings.

With there being such a drastic difference between these two neighbouring jurisdictions, consider the potential implications of issuing proceedings in a non-UK country. 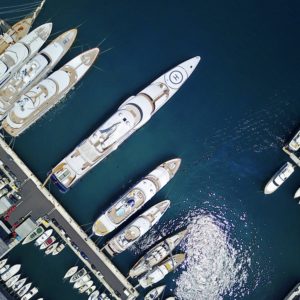