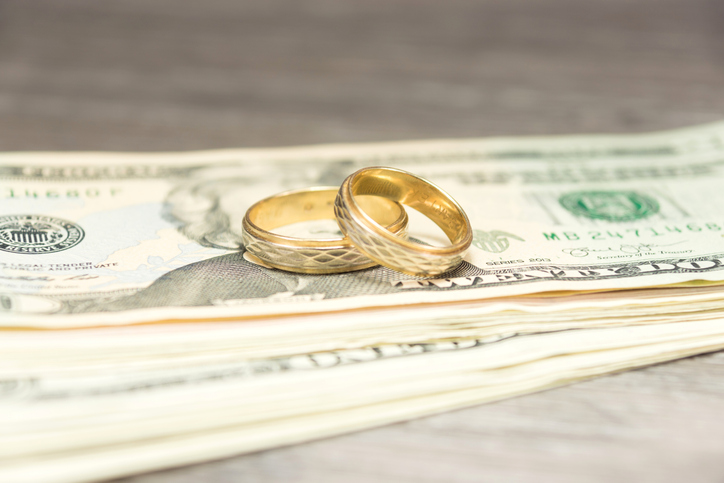 The ruler of Dubai’s divorce hit the headlines yesterday, following the news that he has been ordered to pay his youngest wife and their two children a record £554 million after their bitter divorce in the English courts.

The divorce between Sheikh Mohammed bin Rashid al-Maktoum and Princess Haya bint al-Hussein has made the headlines, not only due to the size of the settlement, but also the lavish spending used to justify it.

One might be forgiven for thinking that the case has limited application to the more ‘orthodox’ divorces that pass through the English Courts.

The judgment does however apply some key principles that those of us working in the area of financial provision on divorce frequently apply.

Payments in lieu of contents

Contents disputes between a couple are generally discouraged since the cost of arguing them could often have funded the purchase of new items several times over.

There are situations where it can be proportionate to pursue claims in respect of contents however, such as where the items in question are rare, expensive, or of sentimental value. Ownership or possession of such items can’t be demonstrated by deeds or bank statements.

Situations can therefore arise sometimes where the person said to have the items claims not to be in possession of them. The court will struggle in those circumstances to order the item to be returned, as occurred in Sheikh Mohammed bin Rashid’s case. If the evidence suggests that the items do exist and they are in the possession of the person said to have them, Courts are known to assign the items a value and order a balancing payment to be made on account of them.

Lower outgoings for maintenance because of Covid-19

In the Bin-Rashid case, the wife’s security costs and outgoings were said to have reduced owing to the pandemic. Fewer holidays and trips away were being taken and recognition was given to this whilst acknowledging that these lower costs are only likely to last at that level for a limited period of time.

In the cases that we have dealt with where income needs have been a factor, Covid-19 has had a similar impact. Outgoings have reduced and so maintenance requirements have not been as high as they would have been before the pandemic. Of course, another consequence for many during the pandemic is that incomes have reduced as well, so the surplus income might not be as great now as it once was. Covid-19 was and remains a factor in this area.

The application of Duxbury

The Duxbury calculations enable the courts to calculate the lump sum needed to provide a specific level of income over a set period of time, assuming a uniform rate of income, inflation and capital growth and the gradual erosion of the capital fund, so that at the end of the term over which it is paid there is, in theory, nothing left. It can also be reverse-engineered to work out how much income could be generated from a set level of capital over a set period of time with the same underlying assumptions. It has a lot of application in family law, and can be used in some quite sophisticated ways to work out lump sum requirements in a more scientific manner.

In the Bin-Rashid case, Mr Justice Moor was asked to look at the wife’s and the children’s annual outgoings for the rest of their lives. Some of those outgoings he deemed should be paid on an annual basis, but others, most notably in relation to the wife’s security, he thought should be paid by way of a single lump sum payment. The Duxbury principles were used to work out what that single payment should be.

Sheikh Mohammed bin Rashid al-Maktoum chose not to attend any of the hearings or give evidence, arguing that his position prevented him from so doing.

Mr Justice Moor made clear that he was able to draw such adverse inferences as are justified having regard to that failure to engage properly in the court process. That is not an approach reserved for the ultra-rich. There are occasions where spouses refuse to engage in the divorce and financial remedy process. They might be ordered to attend and engage, but decline to do so, against the court’s wishes.

Line by line analysis of budgets

The bulk of the provision eventually ordered in the Bin-Hashim case came as a result of the judge carefully assessing the wife’s stated budgetary needs. A series of schedules are appended to the judgment here, where he did just that.

This exercise is crucial in constructing any form of payment based on outgoings and is used across all the Family courts when considering the appropriate level of maintenance that might be due. Great care should be taken by the lawyers constructing these budgets with their clients to ensure as much as possible that they do stand up to scrutiny and an analysis of bank statements. A similar process should be undertaken by the lawyers acting for the spouse potentially having to make the maintenance payments being sought.

The use of components to justify the lump sum

Mr Justice Moor arrived at the lump sum figure he required the husband to pay in this case by adding together separate components he had separately arrived at.

This process is a common feature in cases where the payment is calibrated not by a division of capital but by what the person receiving the payment requires. Components will be separately budgeted for, albeit at a more conservative level than the sums sought by Princess Haya bint al-Hussein in her divorce.

Schedule 1 of the Children Act

Part of the provision sought by the wife in the Bin-Rashid case was in respect of her children. She sought a personal allowance as a carer for her children as well as capitalised child maintenance.

Schedule 1 is used most often by unmarried parents seeking support from the non-resident parent in respect of their children in the form of capital or maintenance. It was used in this case since the couple were no longer married.

Seeking capitalised payments rather than a drip-feed of maintenance

Maintenance payments are, by default, the avenue through which provision to meet outgoings is ordered. Many would prefer to avoid maintenance payments however, since they can be varied upwards or downwards as circumstances change, and they represent for some a continued dependence on a former spouse, very often in circumstances where a clean break would be preferred.

Princess Haya bint al-Hussein had the added difficulty that her husband lives in Dubai and if the payments were to fall into arrears it was arguable she could have difficulties with enforcement. The Court ordered that some payments be made by way of a lump sum (such as security, which was only needed because the husband himself was seen as being a threat). Otherwise, the maintenance payments were ordered to be paid at the rate of £5.6M per annum, supported by an irrevocable HSBC bank guarantee.

Whilst the wife in this case had, by any standard, a significant amount of capital, the vast majority of it was tied up in property and unrealisable. Her legal team applied from the outset for the husband to meet the wife’s legal fees, which the court ordered that he should do. The amounts he paid were not always sufficient to keep her case afloat, and there were occasions when she was required to sell jewellery and other assets to do that.

It is not uncommon to see orders compelling one spouse to pay for the legal representation of the other, particularly where there is a vast disparity in financial position as there was here. Such applications are relatively commonplace, however legal fee loan providers can also sometimes assist to bridge any short-term funding gaps and avoid assets having to be sold to fund fees.

Provision after an overseas divorce

Rather than applying to Court for financial remedies relying on the Matrimonial Causes Act 1973, the wife had already divorced in Dubai, using Talaq under Sharia law.

As the divorce had taken place overseas, and been registered at the Dubai Court, the wife was not able to use the more orthodox financial remedies route, but instead relied on the Part III of Matrimonial and Family Proceedings Act 1984. This is something that isn’t possible as of right, just through being divorced overseas. Instead, there is a more rigorous set of criteria that must be met before the court will entertain such an application. It is not limited to ultra high net worth families, however. We are seeing more and more instances where a Part III application would be appropriate.

Of course, for every one of these commonalities there are likely ten differences that distinguish the Bin-Hashim divorce from other divorce cases. The laws in England and Wales remain the same and the same principles apply however, no matter the standing of the couple or the wealth they are seeking to preserve or divide. The Bin-Hashim case, despite the vast sums and significant expense involved, serves as a good reminder of how the courts can apply those laws to suit every situation.

If you would like advice or support with your divorce or financial settlement, please get in touch and our Family team can assist you.

Andrew Barton is a partner in our Family team specialising in the financial aspects of relationship breakdown. Named as a leader in his field in the Chambers and Partners guide to the legal profession and recommended in Legal 500 UK, Andrew specialises in high value and complex financial work.