As the end of the current 2014/15 tax year grows closer, couples who have separated during this tax year (since 6 April 2014) should consider carefully the timing and the tax consequences of splitting assets between them. For example, the opportunity to transfer assets between spouses without capital gains tax consequences can be lost if the asset transfer takes place after the end of the tax year of separation. This article explores some areas where tax and related issues may need to be considered by a separating couple.

A married couple may transfer assets to each other on a “no loss and no gain” basis for capital gains tax and so there is no capital gains tax liability on the gifting spouse even if they are gifting an asset to their spouse which has increased in value significantly. However, for this beneficial treatment to apply an individual must be living with their spouse “in the year of assessment”. Therefore, transfers between spouses continue on a no loss and no gain basis until the end of the tax year of separation, but not after that date. However, if the divorce is finalised in the same tax year as the separation, the beneficial capital gains tax treatment will end on the date of the divorce i.e. earlier than the end of the tax year.

Special income tax rules apply in the case of income from joint property where married couples live together. Provided that at least one of the spouses is entitled to the income, the spouses are taxed under these rules as being entitled to it on a 50/50 basis even if the income arises to them in unequal shares. Where couples are separating, income from jointly held assets is no longer split 50/50 for tax purposes. This applies from the date of separation i.e. when the couple are no longer living together; the date of the divorce is not relevant. It should be noted that as in the case of Holmes -v- Mitchell [1991] a couple were treated by the court as separated and not “living together” even though they were living under the same roof. The courts found that they had become two households under the same roof. The Revenue guidance on whether a couple are no longer living together is whether they are separated in circumstances where, “the separation is likely to be permanent” or the date of the Deed of Separation or Court Order.

It is estimated by the Government that nine out of ten families with children qualify for tax credits. Tax credits are being replaced by a universal credit which is being phased in by the Government until 2017. Tax credit claims are based on household income, and on separation it is important to note that tax credits can only be claimed by one household per child. A divorce can cause a significant drop in income which may cause a household to become eligible for the first time. A claim for tax credits should be made at an early stage because claims cannot be backdated for more than one month. However, a major change when tax credits are being replaced by universal credits is that spousal maintenance received will reduce the entitlement to universal credit. At present spousal maintenance has no effect on a tax credit claim.

Where high-earning couples have not opted out of receiving a benefit, income tax is charged on the highest earner of the couple “throughout that week”. Child benefit cannot be split so for the spouse who does not receive child benefit, the charge to income tax will end in the week of separation. The charge applies to married and unmarried partners, and so if one’s spouse has run away with both the children and a richer partner one can console oneself with the thought that the new partner is now liable to the high income child benefit charge!

Gifts to spouses are usually free from inheritance tax (subject to tax domicile) and it is irrelevant as to whether the donor survives the gift by seven years. For older divorcees, or those in ill health, the timing of transfers to spouses should be considered carefully to ensure that the inheritance tax spouse exemption applies to the transfer where possible.

Lisa is a Senior Associate in the Exeter Private Client team specialising in tax and inheritance issues. You can contact Lisa on 01392 210700 or by email private.client.exeter@stephens-scown.co.uk 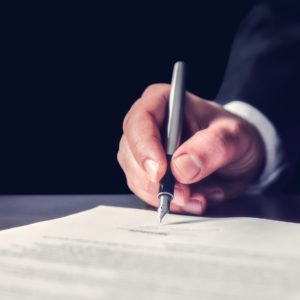 What’s in a trust? A cautionary tale 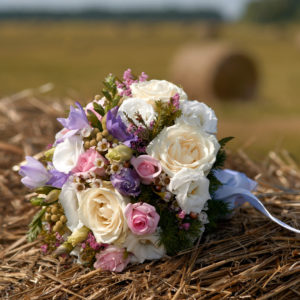 Protecting the family farm – a document for every occasion