Don’t keep your cards too close to your chest

The recent case of Chapman v Tameside Hospital NHS Foundation Trust serves as a useful reminder that the Courts are likely to impose costs sanctions for failing to disclose key documents in the pre-action stage.

The Civil Procedure Rules require parties to comply with various pre-action protocols before proceedings are commenced.  They vary slightly depending on the type of dispute (e.g. personal injury/defamation/construction etc).  They do, however, all have one thing in common.  Parties are required to exchange information and disclose documents at an early stage so that each party can assess the other’s position.  This should help the parties to decide whether to continue with / defend the proposed claim.  It’s known as the ‘cards on the table’ approach and is designed to help the parties narrow the issues and potentially settle disputes without the need to refer matters to the courts.

Nicole Chapman claimed she suffered injuries after slipping on a leaflet on the floor of the A&E department at Tameside Hospital.  At the pre-action stage the hospital responded to Ms Chapman’s letter before claim denying liability and stating that it had no relevant documents to disclose.

Ms Chapman issued her claim in the Bolton County Court and the hospital later disclosed documents evidencing a system that was in place at the time to ensure the safety of visitors to the department.  The system appeared reasonable in the circumstances and Ms Chapman discontinued her claim.

Ms Chapman also argued that had the hospital disclosed those documents in the first place (i.e. during the pre-action stage) she would not have issued her claim.

Accordingly, the Court found the hospital’s conduct as ‘entirely unacceptable’ and ordered it to pay Ms Chapman’s costs of the claim, notwithstanding the fact that she had discontinued.

The disclosure of documents during the pre-action stage is one of the most important steps in the litigation process.  Solicitors should explain this carefully to their clients to ensure that they understand their obligations and, importantly, the costs risks associated with not disclosing key documents on which they might later rely.  For a claimant this means providing the defendant with enough information to enable it to properly investigate the claim.  Similarly, for the defendant this means providing the claimant with enough information to assess the defendant’s defence.

It goes without saying that it is in a defendant’s interests to properly investigate a claim, and any potential defence to it.  If you have a genuinely strong defence it is likely that the claim will not proceed and that will save you both time and costs.  In this case, the simplest approach would have been for the defendant hospital to request more time to conduct its investigations.  If that had happened and Ms Chapman had issued her claim regardless, it is likely that she would have had to pay the hospital’s costs on discontinuance in the normal way. 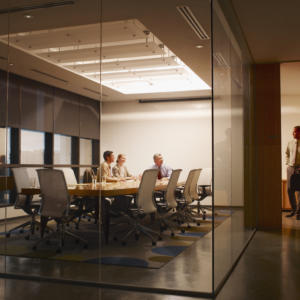