One of the key announcements in George Osborne’s sixth Budget as Chancellor is a commitment to review inheritance tax avoidance through the use of a deed of variation. This move is part of the government’s wider plans to claw back money lost through tax avoidance, evasion and aggressive tax planning.

A deed of variation gives beneficiaries of an estate (whether there is a Will or not) the opportunity to alter the distribution of the estate in such a way as to avoid further inheritance tax being paid later on the death of the beneficiary. If certain criteria are met, including the need to complete the documentation within two years of a death, this can be a way for the beneficiary of an estate to reduce their inheritance tax liability.

Ian Newcombe a partner and head of the private client team at Stephens Scown in Exeter said: “It is very common for people to use a deed of variation to limit their inheritance tax liability and I expect that there would be a lot of opposition to the law in this area changing.

“The Chancellor has announced a review of the use of deeds of variation today – that is a long way off saying that the law is definitely going to change. When the previous Conservative government tried to change this law in the late 80s it was met with such huge opposition that they were forced to change their plans.

“That said, it would be wise for anyone who has lost a loved one within the last two years and may be thinking about using a deed of variation to avoid delay in case the review does result in a change in the law, which is subsequently back dated.” 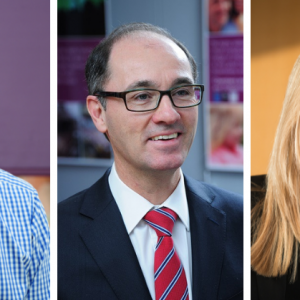