In the recent case of Sea Shepherd UK v Fish & Fish Ltd, in a majority decision the Supreme Court has reversed a decision of the Court of Appeal and has held that, assuming a tort had been committed, the appellant charity, Sea Shepherd UK, was not jointly liable with its parent company, Sea Shepherd Conservation Society, for actions in furtherance of a common design to commit a tort.

The issue for the Supreme Court was whether the judge in the High Court had been entitled to conclude that the appellant’s assistance in an operation designed to disrupt bluefin tuna fishing activities of the claimant, by fundraising and recruiting individuals, was of minimal importance so that the appellant could not be held to be a joint tortfeasor. (The decision of Hamblen J had been reversed by the Court of Appeal.)

The majority (Lords Toulson, Neuberger and Kerr) held that such conclusion was open to the judge and restored his order that, assuming a tort had been committed, the appellant was not jointly liable with its parent for damage sustained by the claimant. The claimant, therefore, could not use the appellant as the anchor defendant so that the English court would have jurisdiction over the parent company (the latter had no presence in the UK).

The decision illustrates how the principles of joint liability apply to particular facts and emphasises that the answer in each case will depend on its circumstances. This type of liability is particularly fact sensitive and, ultimately is likely to be a matter of judgment. It is noteworthy that in this case, the difference in opinion of the court stemmed from a difference, not about the legal principles which applied, but from the manner in which those principles applied to the facts. The majority considered that the assistance which the appellant provided pursuant to a common design with its parent company to commit the alleged tort was de minimis or trivial.

The remaining two judges, however, reached the opposite conclusion. It is also of interest that, in reaching their decision, the majority were clearly concerned not to make their own assessment of the evidence. In the words of Lrod Kerr, ultimately, the central question related to “the level of restraint that an appellate court should apply in reviewing the decision of a first instance judge which involves the exercise of judgment on the findings of fact”.

Chris Harper is a partner and head of the dispute resolution team in Exeter. He specialises in commercial litigation and is named as a leader in his field by independent guides to the legal profession Legal 500 and Chambers. To contact Chris please call 01392 210700 or email drx@stephens-scown.co.uk. 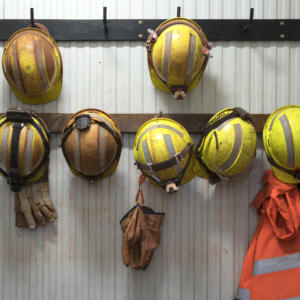