Relocation – which court has jurisdiction?

If a parent takes a child out of the country unbeknown to the other parent then not only is that obviously very distressing for the parent left in this country it is likely that they will need to take rapid action and seek advice quickly.

If the parent in this country wants to achieve return of their child then it is again likely that they are going to want to try and persuade the English court that it has jurisdiction to deal with the case.

A case from May last year illustrates the factors at play.  The parties in the case Ms L and Ms C were in a same sex relationship which began in 2012 and ended in 2014.  They decided to have a baby together.  Ms L was English and Ms C Irish.  Through a sperm donor Ms C conceived and the child – G was born in England in 2013.  Ms L and Ms C lived together in England between August and December 2013.  They both looked after G – they shared her care.  The relationship between the two women then broke down and in January 2014 Ms C took the child G (then aged two and a half months old) to Ireland.  In late February 2014 Ms L applied to the English court.  Ms L effectively sought return of the child G and for G to live with her.

By the time Ms L had applied to the court in England the court determined that the child G was not habitually resident in England and Wales – G had by then been living in Ireland for over seven weeks – this was said to be a significant period for a baby then aged four months.  G’s mother Ms C was Irish – she was habitually resident in Ireland – she had returned there (with G) with the intention of remaining there permanently.  It was felt by the court that Ms C’s action in taking G to Ireland were lawful and on this basis the English court had no jurisdiction.

Bill Wilkins is a partner in the Stephens Scown Family team. He specialises in all aspects of family and child care law and is a member of the Law Society’s Child Care Panel. Stephens Scown has offices in Exeter, Truro and St Austell. Its top-rated family team advises clients on a wide range of family law issues including divorce and family finance. Bill can be contacted on 01932 210700 or email solicitors@stephens-scown.co.uk 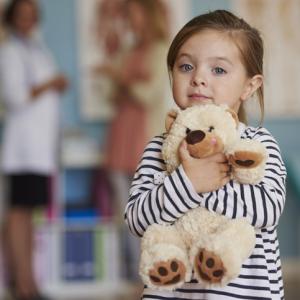