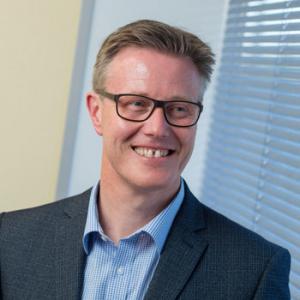 Since the changes introduced by the Legal Aid Agency in April 2013, there has been a significant decrease in those persons eligible for legal aid. The knock-on effect has been an increase in litigants in person, particularly in private law children proceedings.

In the recent cases of Q v Q; Re B; RE C, the President of the Family Division, Sir James Munby, commented on the effect of this change as follows:

The President therefore remarked that it presented the family Court with common and overlapping issues as follows” first, the denial of legal advice and of assistance in drafting documents; second, and most obvious, the denial of professional advocacy in the courtroom; third, the denial of the ability, to bring to court a professional witness whose fees were attending are beyond the ability of the litigant to pay”. (Q v Q)

In that case, the President concluded that if the application for exceptional funding was unsuccessful then the Court would have to consider meeting the cost of the father being represented. In Re C he made a similar comment:

“I am inclined to think that, for all the reasons already indicated, the father in Re C requires access to legal advice beforehand and representation at the fact finding hearing to avoid the very real risk of the court being unable to deal with the matter justly and fairly and of his rights under Articles 6 and 8 being breached. I am inclined to think, therefore, that, if he is unable to afford representation and pro bono representation is not available, and if there is no other properly available public purse, the cost will have to be borne by HMCTS.”

How this will work in practice remains to be seen yet it would appear to be a significant step forward and an acknowledgement of the gaping hole left by the changes introduced to legal aid funding.

At Stephens Scown we have specialist solicitors who are members of the Law Society’s Children Panel and Resolution Accredited Specialists in children work who are able to assist you.

Mark Smith is a partner and specialist in family law and children matters at Stephens Scown LLP in Exeter. Stephens Scown’s family team was recently named Private Client and Family Law Team of the Year by the British Legal Awards. Two independent guides to the legal profession – Chambers and Legal 500 – recognise the family law team’s expertise as among the best in the region. To contact Mark, please call 01392 210700 email solicitors@stephens-scown.co.uk or visit www.stephens-scown.co.uk.