Moving with the children to another part of the world

It is a cliché that the world is getting a smaller place. However it is true that it is both increasingly common for children to have parents of different nationalities and also that for reasons such as work or family, there is more movement around the globe.

The courts are continuing to have to address applications by one parent to relocate with their child / children to another jurisdiction. This places the court in a difficult position of having to decide whether or not to permit one parent moving with the children to another part of the world which would undoubtedly have a profound impact upon the child’s relationship with the parent left behind (as well as of course changes associated with moving to another country).

The guidelines set out by the court in considering relocation cases have generally been these:-

i. The welfare of the child is always paramount.

ii. The fact that a parent is applying to relocate does not create a presumption in their favour.

iii. The court will very much want to focus upon what the proposals are (and how reasonable they are) of the parent who wants to move abroad.

iv. In looking at the plans to move abroad, the court would want to be satisfied that there is a genuine motivation for the move.

v. The court need to consider the impact of a refusal to grant leave on the parent who wishes to move abroad.

vi. Consideration needs to be given to the affect on the child of moving abroad, particularly in terms of their relationship with the parent left behind and bound up with that would be the opportunity for continuing contact and how that would / could operate.

Whilst the above have been essentially the guidelines followed for some time, recent case law has sought to clarify the situation. In a recent case where the mother’s application to move to Ukraine was refused, the court made it clear that the legal test to be applied is the principle of the paramountcy of the child’s best interest. It was said that the court must undertake a “global” or “holistic” or “360 degree” exercise.

It is of course absolutely essential that any plan to move abroad must be well thought out, supported by evidence and give serious consideration to factors such as the ongoing relationship between the child and the parent left behind.

It was said by the court that where one parent seeks that a well functioning status quo should be changed, they have to make the running in terms of the evidence and argument to show that the change would be more in the children’s interests than no change.

Bill is a partner in the Family Team and is based in our Exeter office. Contact our team on 01392 210700 or email us at family.exeter@stephens-scown.co.uk. 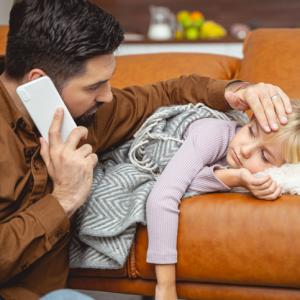 Private Family Law – what if your child is ill on a contact weekend?