‘Swinging The Lead’ – it pays to be honest 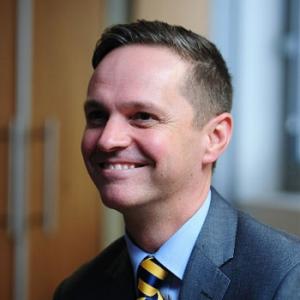 It was found that the dishonesty of an employee in “pulling a sickie” (by exaggerating an injury) went to the heart of the relationship of trust with their employer and the resulting dismissal was therefore fair.

Mr Ajaj was a bus driver for Metroline, with nine years’ service. He reported an injury after slipping on water at the company’s depot. Within a week he saw the company’s Occupational Health adviser, who concluded he was unfit to drive. He also had a medical certificate saying he was unfit for work.

Metroline were concerned about the genuineness and extent of Mr Ajaj’s injury and (somewhat unusually perhaps) arranged covert surveillance.

That surveillance was timed to coincide with sickness review meetings held with Mr Ajaj over a period of five weeks. Mr Ajaj was asked about the effects of the injury on various activities (including driving, walking, shopping, lifting and climbing stairs). Having viewed the surveillance footage, the company believed that Mr Ajaj’s abilities as shown were inconsistent with his own reporting of the injuries. The company suspended him on the basis that they believed he was exaggerating his injuries.

Mr Ajaj was ultimately dismissed for gross misconduct on three counts: making a false claim for sick pay, misrepresenting his ability to attend work, and making a false claim of an injury at work. The surveillance evidence showing him carrying out normal day-to-day activities was key to the decision, in that it led them to a belief that Mr Ajaj was dishonest. The dismissal was upheld on appeal, the internal panel concluding that he had substantially exaggerated the degree of his incapacity.

What did the tribunals decide?

Although an employment tribunal initially found that Mr Ajaj had been wrongfully and unfair dismissed, the EAT overturned that decision and found that Metroline had been right to dismiss Mr Ajaj for gross misconduct.  The EAT was clear:

“an employee [who] ‘pulls a sickie’ is representing that he is unable to attend work by reason of sickness. If that person is not sick, that seems to me to amount to dishonesty and to a fundamental breach of the trust and confidence that is at the heart of the employment relationship.”

What can we learn from this case?

Metroline did a lot of things correctly:

Could we reach the same conclusion without surveillance evidence?

This is a welcome judgement for employers, but some caution is required. The surveillance evidence gave Metroline the grounds for believing that Mr Ajaj was guilty of misconduct. Without that evidence, their suspicions may have remained just that and it may have been difficult for them to dismiss Mr Ajaj fairly.

If we are suspicious about a sick employee, can we undertake covert surveillance?

The Information Commissioner’s view is that it will be rare for covert monitoring of workers to be justified. An employer will need to show that they have reasonable grounds for believing the employee to be guilty of the alleged misconduct. It should only be used in exceptional circumstances and not in areas in which employees would expect to be private. In sickness cases, care should be taken with evidence gathered as a result of recording an employee’s activity, such as surveillance film. Such evidence can be relevant, but it may only be useful if it has been assessed by a qualified medical professional.

This case rested on the evidence Metroline were able to gather, and every case will be different.

You may also want to review your sickness absence and/or disciplinary procedures in light of the decision. You should follow your own procedure and the ACAS Code of Practice as a minimum when it comes to disciplinary matters. Our experienced Employment team can help you in handling such cases correctly. We can provide you with all the necessary advice and support (including at your premises), standard letters and even training to help handle these matters.

The Stephens Scown employment team works in partnership with organisations to improve their HR practices and advise on employment issues. To discuss this or any other HR issue call 01872 265100 or employment@stephens-scown.co.uk.