Sexual harassment in the workplace – the facts 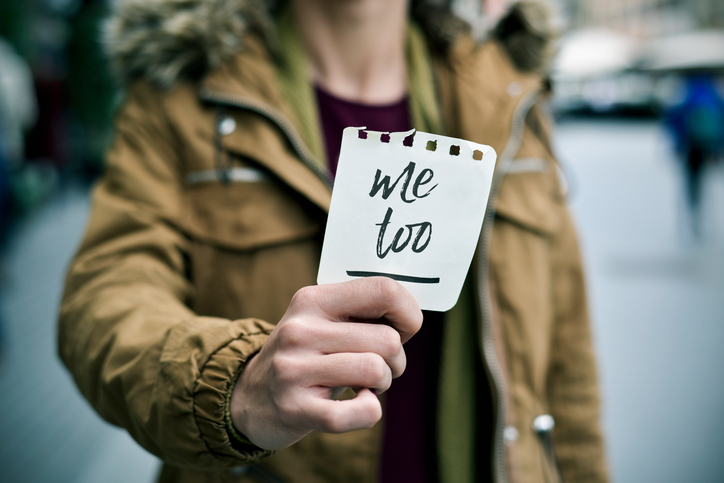 The first question to be asked is whether or not both parties are and were employees at the time of the incident. If the actions amount to a serious sexual assault, then despite many years passing, police action and disciplinary action on the part of the company may still take place.

It is however, unlikely that an employee would be able to rely on sexual harassment that took place more than three months ago to bring a claim in the employment tribunal against the company or the perpetrator.

The Complainant can of course sue a perpetrator personally in the County court. This could be a civil action for assault with a time limit of either three years if a claim is for personal injury or six years in relation to a claim for trespass against the person. The clock starts ticking once the victim reaches the age of 18.

There have been cases where it is alleged that harassment has extended over many years. An employee who does nothing to stop the course of action will need to satisfy a tribunal that the actions were “unwanted” and violated the victim’s dignity or that they caused the workplace to be intimidating, hostile, degrading, humiliating or offensive. Equally, there have also been cases where individual employees, usually women, have been subjected to unwanted attention amounting to harassment in the workplace, from several male colleagues. This can extend the time limits, increase the number of people the complainant can sue either in the ET or the County Court and also widen the Employer’s liability.

The offending actions can take place on a company night out in a pub or restaurant or anywhere else if the company has played a part in the organisation of the event even if it took place out of work hours. It does not matter whether the conduct was intentional or not but would need to be of a sexual nature. Unwanted touching, comments, leering, gestures and pictorial displays can all fulfil the criteria. It is also the case that a single comment could be sufficient to qualify as harassment and there are examples where a single comment which some may consider at the lower end of offensiveness, still results in awards of £5,000 or more.

Evidence of the offending conduct is almost always fiercely contested. It is rare that there are witnesses who would be present during the alleged conduct and who could support victims. Famously, President Trump’s admission (which he discounted as “banter”)  of how he sexually harassed women and the secret tape of him bragging about how he sexually assaulted women, would in a workplace setting amount to powerful evidence of the actions, but this rarely exists. CCTV evidence can on occasion assist, but most commonly the evidence is usually one person’s word against another. Tribunals are used to this and the quality of the parties’ evidence is key to the judgment.

Employers are often surprised to learn that an employee with little or no service can bring a claim of harassment, and indeed a discrimination claim before being employed at all. It is usually the case that those in positions of power, whether formal through the hierarchical structure of the company or informal through the dynamics of the workplace, are accused of abusing their positions by harassing subordinate employees. There are plenty of exceptions however, which equally demonstrate that any employee can harass any other employee. Similarly, during consensual relationships, it is usual that there are no issues raised. However, once the relationship ceases, any unwanted attention can trigger potential claims. Those who overstep the bounds of familiarity need to be reminded that whether or not there is an apparent acceptance of inappropriate conduct, such consent can be withdrawn in a moment, and then the “perpetrator” and the company may be forced to face the consequences.

Alleged perpetrators who say it was nothing more than “banter” need to beware. There are some particular requirements for this defence to have any traction with a Tribunal and the hurdle is a very high one. Similarly, other excuses raised are:

There are viable defences available to employers (and indeed accused employees). In respect of employers, they need to show through a range of implemented measures, that they did everything reasonably practicable to prevent or avoid these sorts of issues arising and that they address them promptly when they do arise. Documented training and updates by a reputable provider are useful and raising awareness through training, clear policies and procedures and a known ethos that runs through the organisation, would be persuasive evidence that an employer was serious about diversity and should not be held to be blameworthy. Demonstrating that the conduct was nothing to do with the employment is also a viable defence. Early interventions, feedback, and disciplinary action when appropriate embed values and provide staff with clear and consistent guidance as to acceptable behaviour. .

Employers do not have the luxury of being able to take no action or hide their heads in the sand. Claims for sexual harassment can cause the loss of valuable staff members, lead to sickness absence, lower morale, divisions amongst staff, and litigation where the award is unlimited. Employers need to protect complainants, ensure they feel safe to report bad behaviour, and safeguard confidentiality for the complainant and the alleged perpetrator. A failure to do so or inconsistent treatment or pre-determined decisions can just as easily also lead to a claim from the alleged perpetrator.