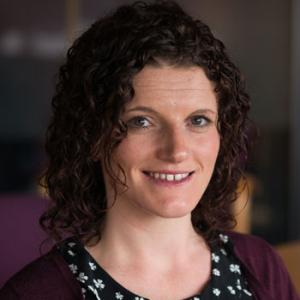 The general election will take place on 7 May 2015. As we have seen in previous years, general elections matter to employment law; successive Governments have made key changes to the balance of employment rights and responsibilities between employers and their staff and this year appears to be no exception.

Parliament will be dissolved on 30 March 2015, when the period of pre election purdah will start and the four leading political parties have now published their manifestos – so what is in store?

Conservatives: British Bill of Rights and changes to strike action

• Changing the rules on strike action: invoking a minimum voting threshold for strikes to be lawful, introducing a new three month time limit after a ballot for the strike action to take place, a requirement of 14 days’ notice before unions take industrial action and removal of the ban on using agency workers to cover striking employees.

• Introducing a British Bill of Rights to replace the Human Rights Act 1998.

• Ending the use of exclusive zero hour contracts.

• Preventing the trafficking of workers by introducing a new Modern Slavery Bill.

• Potentially adding maternity pay for self employed mothers, to their manifesto.

• Tackling “rogue” employment agencies i.e. banning agencies who only recruit abroad and closing the loophole on agency workers being paid less for their services.

• Fines for employing illegal immigrants will be increased.

• Promoting equal pay between men and women by requiring companies to publish details of average pay.

• Increasing free childcare for 3 and 4 year olds for all working parents to 25 hours per week.

• Bringing in equal rights for self employed workers.

• Cracking down on rogue employers who deliberately pay below NMW and increasing the fines to £50,000.

• Restricting the use of zero hour contracts.

• Consulting on and improving flexible working for family carers.

• Guaranteeing apprenticeships for 18 years who achieve the “right grades”

• Increasing NMW for all employees and improving enforcement action.

• Anonymising public sector recruitment by backing a “name blank” application form in the public sector, in an attempt to cut discrimination.

• Setting a compulsory Living Wage to be paid by all central government departments.

• Repealing the Human Rights Act 1998, replacing it with a new British Bill of Rights.

• Giving businesses the right to discriminate in favour of young British workers.

• Giving those employed on a zero hour contracts a right to a fixed term contract once they have been employed for a year (only applicable to large companies).