Employee Owned Law firms – the ABS that no one expected?

Why Employee Ownership should be on every Managing Partner’s checklist.

Back in 2012, leaders of law firms were wrestling with what was perceived as “the perfect storm”. A combination of the collapse of both residential and commercial conveyancing volumes, the rise of new entrant “Tesco Law” competitors and the withdrawal of significant swathes of legal aid funding meant that for some firms the “End was nigh”, and for many others it was nigher than it had ever been before. Many firms were braced for very difficult times. The feeling was pessimistic and doom-laden with little to lift the legal gloom.

We worried about the impact of the Alternative Business Structure as the beginning of the end for solicitors’ partnerships and the commencement of the corporate legal mega structure. Faster, cheaper, better, was the mantra and, despondently, we (erroneously, as it turned out) believed that only supermarkets with their newfound ability to deliver legal services would know how to deliver the results; engaging the public with uniformed lawyers sitting behind checkout assistants to conclude new wills as the trainees packed the shopping.

But whatever we thought the next five years would look like back then, it didn’t turn out in quite the way we expected. Many law firms and their leaders embraced the challenge and in anticipating the oncoming tempest took steps that would radically alter the way that we would deliver legal services. The consequence is that (in our opinion) many law firms have excelled at delivering better client (or customer) service, better pricing clarity and innovated in more ways than perhaps the profession had achieved in the previous hundred years.

Though many thought that the ABS would signal the demise of the profession, the dawn of the ABS would quietly lay the foundations for what would arguably be one of the most important changes in the corporate ownership of law firms for a generation.

Fast forward to 2020 and lawyers today might well ask: “how is this relevant to me/my firm?”

The answers to that question depend on how much attention you have paid to the growth of employee ownership generally over the last eight years. Here are a few interesting facts and figures about employee ownership:

Perhaps some of these points resonated with you? But how might they be relevant to your firm? Here are a couple of issues that are pertinent.

At some point the ownership of a law firm must change. For a sole trader that can be particularly challenging and may entail closing the firm with the attendant run-off insurance costs and redundancies. For a partnership, the exit of a partner may only be afforded by the admission (and importantly the capital introduced) of another. The problem is that partnerships are finding that the next generation are increasingly alarmed by the prospect of raising significant sums to buy in and many are resolving to remain comfortably salaried for their whole career. If two or more Partners wish to retire, they may find that they cannot be paid out; retirement is deferred and, without doubt, this will have an impact on the dismayed Partner’s performance.

What if there was a way to create a business model of ownership of law firms where the original owners and partners could retire, at the time of their choosing, receiving full market value for their share in the firm whilst creating a business model that would outlast all of the employees’ careers? Employee ownership offers that solution.

“We’re all in it together” reads the headlines of many a business strategy, but what truth is there in such a statement? Seldom any. How can there be, if all profits are diverted to the hands of a few individuals rather than shared by all who contribute? Employees can certainly be motivated and work for great employers and business leaders, but they are rarely “in it” to the same extent as the Equity Partners or founder shareholders in terms of remuneration. Conversely, the employees seldom have the sleepless nights of the worried Managing Partner, but that is not to say that they don’t have their own fears for job security or the next salary review to keep them awake.

What if there was a way to really all be in it together? Where everyone in the company would have a tangible stake in the business, where the best lawyers would earn a great salary and share in the profits of the company along with the receptionists, the secretaries and everyone else who contributes to the success of the company? Employee ownership offers that solution.

So, in light of the above, the question might now be recast as “how is this not relevant to me/my firm?”

As the first law firm to become employee owned, we discovered what employee ownership could deliver and how it would empower and motivate lawyers, assistants, secretaries and everyone else in the firm. We came to understand why employee ownership had been so powerful for growth and the success of other businesses who had embraced it before us.

Since we made that change, more firms have followed and we know from the number of managing partners and law firm leaders that have contacted us that many, many more law firms want to explore employee ownership as being at the heart of their firm for the future.

We believe that employee ownership has a fundamental part to play in the future structure of law firms, both as growth strategies and succession opportunities. At Stephens Scown we not only advocate employee ownership, we also deliver it for other law firms and businesses across the country.

But don’t just take our word for it. Katie Reynolds a secretary and one of our employee ownership trustees has the following comments:

“Being an employee is quite a passive thing – being an employee owner means you have a direct stake in the success of the business. I have noticed a change in in how people feel about working here. We are all in this together, if we feel happy working here, that must come across in the service we provide.”

In 2012 we thought the ABS would be disastrous for law firms. Eight years later it turns out that it is allowing us to mould the great law firms of the future.

If anything contained in this article has piqued your interest, give us a call. We can assist in an initial conversation with you, host a meeting with the Board of your firm, come and visit your offices, provide a fully costed project plan for a transition to employee ownership and deliver it too. 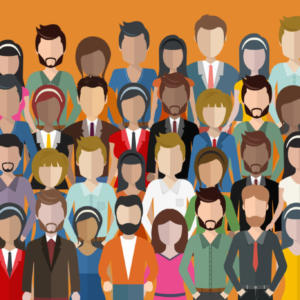