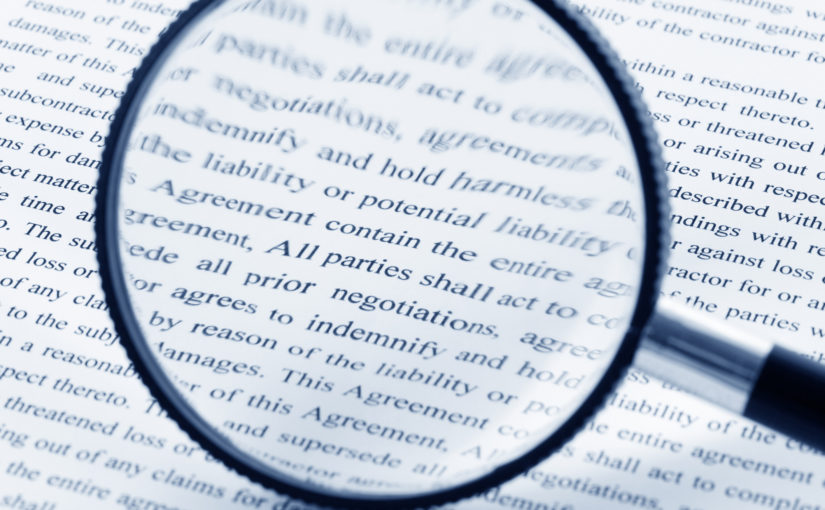 A recent High Court case concerned the minutiae of small print in a share purchase agreement.  What might have been a simple drafting error turned out to be a boon for the sellers and a disaster for the buyer.

A company, ‘Z’, acquired the entire issued share capital of a fibre optic network business from its owners, which included seven members of the management team (the ‘Management Vendors’).

The purchase agreement contained various warranties together with the following provision in the event that Z alleged a breach of warranty and needed to serve notice of a claim:

It went on the say that notices received after 5pm would be deemed to have been received on the following day.

Eagle-eyed readers will have noticed the initial singular use of ‘Management Vendor’ and the latter plural ‘Management Vendors’.  While at first glance this provision may appear to be purely a time-limiting clause, the distinction of using singular and plural forms greatly changed its significance.

Z alleged breaches of several warranties and, on the very last day 18 months after completion, arranged to have notices of claim served on each of the Management Vendors.

A team of motorcycle couriers arrived at Z’s office, collected the notices, and six of the seven were properly delivered before 5pm.  But one, to ‘J’, was not.

Where there is any doubt about the meaning of words used in agreements the courts can adopt what is known as the ‘contra proferentem’ rule, meaning that the clause in question should be interpreted against the party seeking to rely on it.

That rule was not called upon in this case however as the judge held that the ordinary and natural reading of the words used in the notice provision left no scope for any doubt.

This recent judgement should be noted by those entering into commercial agreements.  Careful drafting of contracts by lawyers, clear understanding of the terms by the parties entering into it, and strict compliance with their literal wording are all of critical importance.

Matthew is a trainee solicitor in the corporate team at Stephens Scown. If you have any queries then please contact 01872 265100, or by email enquiries@stephens-scown.co.uk.