Our median Gender Pay Gap is getting smaller

The median gender pay gap at the firm has fallen by 5.7% from 47.1% (2020 report) to 41.1%, and while our mean pay gap has risen by 9.4% from 24.1% to 33.5%, the main contributing factor for this is that the Firm has a significantly higher percentage of women working in administrative roles which, like in most law firms, are likely to be amongst lower paid roles.

Our data shows that we are paying men and women equally for doing similar jobs across all levels.

Thanks to being employee-owned, with all employees receiving an equal profit share, our median bonus pay gap remains at 0%, while our mean bonus gap has also reduced by more than half from 14.3% to 6.1%.

The number of women on our Board remains high at over 60% – this is well above the average female representation on the Boards of FTSE 100 companies, which is currently at an average of 39.1% according to data published in a new report by the government-backed FTSE Women Leaders Review.

Gender pay gap reporting has given us an opportunity to look at the gender balance at Stephens Scown.

We are confident that we are paying people equally for similar roles. Gender pay analysis shows that our lawyers are just as likely to be women as men and we have an even split of men and women in our highest paid roles. 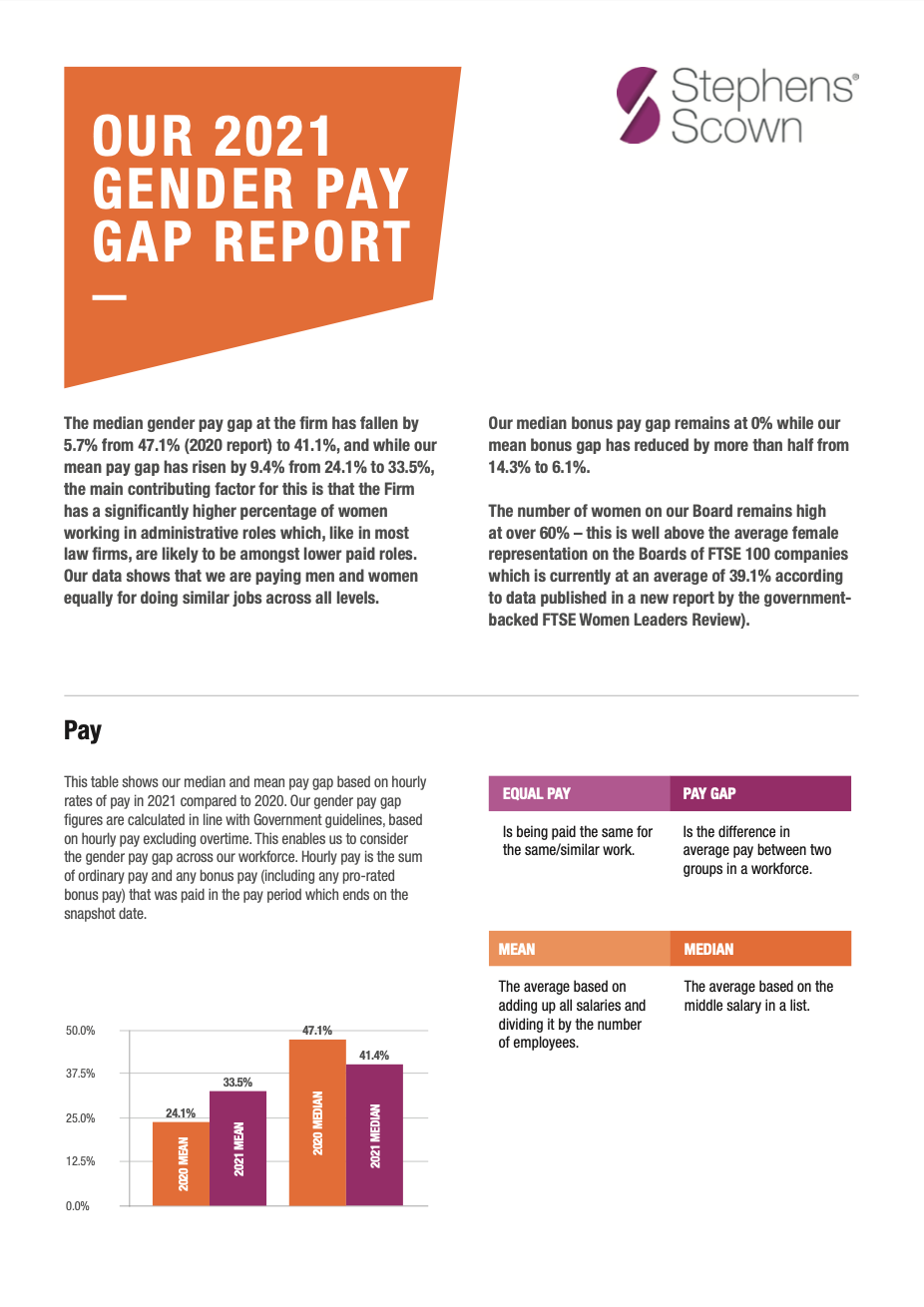