On 26 March 2015 the Small Business, Enterprise and Employment Act 2015 (“the SMEE Act”) received Royal Asset. The Act, the provisions of which will come in to force gradually, makes various changes to company law, some of which will affect all companies.

• New statutory register – people with “significant control” over a company

Company directors will be familiar with the need to keep statutory books, including registers of directors, shareholders, share transfers and so forth. The SMEE Act introduces a new statutory register for all UK companies (aside from those that are publicly traded), called the “PSC Register”.

In summary, those with “significant control” over a company must be detailed in the PSC register. The idea behind this is to increase corporate transparency. The register is designed to show who actually owns or has day to day control of a company, which may not necessarily be the same person or persons as those listed in the register of shareholders.

• What does “significant control” mean?

Those who are considered to have “significant control” and who should therefore be listed on the PSC register will include:

II) Those who are entitled, directly or indirectly, to appoint or remove a majority of the board of directors.

For many companies, those with “significant control” will just be the shareholders. For those companies the obligation to keep a PSC register will primarily be an administrative one.

For other companies, a little more consideration will be required. This is likely to include companies or groups of companies with complex ownership structures, for instance where trusts or offshore vehicles are involved.

Additionally, where a corporate structure has been used with the aim of ensuring privacy for the ultimately owning or controlling individual, the PSC register is likely to be an unwelcome development.

Quite surprisingly, given that the idea of the register is to promote corporate transparency, the owner of a parent company need not be noted directly on any subsidiary companies’ PSC registers, on the basis that their control can instead be traced up through the intervening subsidiaries’ PSC registers.

It may be that for some companies the introduction of the PSC register will represent a good opportunity to review current structures and ownership.

• What is the timescale?

Companies will need to keep a PSC register from January 2016. They will also need to file the information in the PSC Register at Companies House from April 2016.

• What should companies do next?

The easiest way to ensure compliance with the new legislation is to prepare for it now. All companies should carefully consider who has significant control, even if for some the upshot of this may be as simple as ordering some fresh pages for the statutory books and diarising April 2016.

The SMEE Act also introduces various other changes, including: the abolition of bearer shares, a general prohibition on corporate directors, increased obligations for shadow directors, changes to annual returns and, for private companies, the option to keep various registers centrally (and publically) at Companies House, rather than maintaining them at the company’s registered office.

Stephens Scown’s corporate team has increased its workload by 30 per cent in the last year. The head of the team, James Keliher has been recognised as a leader in his field by independent legal guide Chambers. 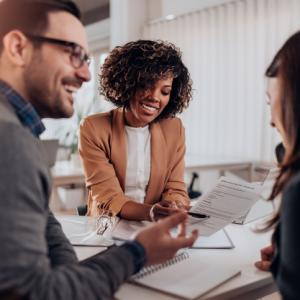 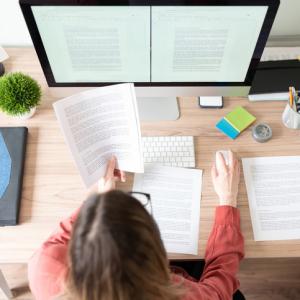