Any maintenance order made by the court within a divorce settlement will be variable by the court if circumstances change in the future.  This could be done by agreement, but if the couple can’t agree a court application would be needed.

Formal variation applications of maintenance involve a similar court process to the initial divorce settlement (which means costs can easily outweigh the amount in dispute).  If either the paying or the receiving party’s circumstances have changed significantly since the original order was made the court can change the maintenance provision by:

Specialist advice is needed to determine whether a variation application is likely to succeed and avoid incurring legal fees which will never be justified in the context of the potential saving (for the paying party) or loss/gain in income (for the recipient).

Also, the general rule that each party funds their own legal costs does not apply to either interim maintenance, legal services order, or variation of maintenance applications and so the losing party could be ordered to pay some or all of their spouse’s costs if they get it wrong.

Get in touch
Other services
Book a free call 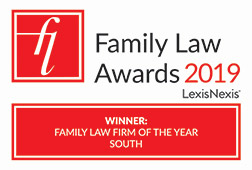 What happens if one partner dies during a divorce?